Once again just making an announcement that there’s a reboot of Future Imperfect: New Era. Especially now with the site and forums up for the RPG. For those unaware it is an all Gundam RPG with some SRW options. Currently suit reservations are open as well as various polls on how the RPG will be run. Staff spots are also open for writers and updaters. The RPG is scheduled to launch by the end of the month. The appropriate Meridia Island pages have been updated to reflect this (The future and present RPG pages hadn’t been updated in an embarrassingly long time). The working title for the RPG is Future Imperfect: New Era -HD Remix-. Suggest a cooler name for the RPG here! Have some mad photo-editing skills?Enter into the banner contest here!

In other news I’ve completed updates of WordPress and phpBB for Meridia Island. Also, with the chat becoming more active, I’m looking into starting up weekly chat stats again. We haven’t had any IRC stats since 2011!

Back in October of 2015, Marcus uploaded some miscellaneous files from past RPGs. It’s a pretty big list. Take a look here at all his hard work.

July 5th update @11:33am : The RPG is now called Future Imperfect: Rising Storm as the timeline has been advanced. 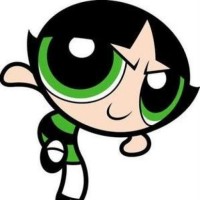